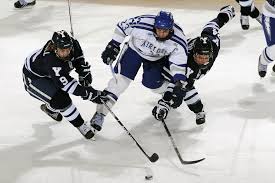 On Tuesday, the first round of the virtual 2020 NHL Draft was conducted and it went as well as anything virtual goes now. There were moments that some would likely to forget and there were moments that should be remembered, like when Jeopardy! Host Alex Trebek introduced the Ottawa Senators third overall pick in the draft.

But overall, everything worked out smoothly the longer the draft went on. There were multiple teams that need good players and the draft is
where those teams can potentially get back on track and win the most coveted trophy in sports, The Stanley Cup. We could go over every team, but that would be incredibly long, so we are going to look at the top 3 prospects of the draft, what team drafted them, and how they could impact the team that drafted them in the long run. The New York Rangers got the first overall pick after winning the draft lottery back in early August after being eliminated from the qualifying round of the Stanley Cup Playoffs. Since they got the first pick, they got the chance to draft the best prospect in the draft, Alexis Lafreniere, who led the Quebec Major Junior Hockey League (QMJHL) with 112 points (35 goals, 77 assists) in 52 games in 2019-20, he won the Paul Dumont Trophy as the MVP of the QMJHL, he was the Canadian Hockey League (CHL) Top Draft Prospect of the Year Award and the CHL Player of the Year. Had a career-high 7 points in one game (1 goal, 6 assists), he managed to get 42 points (12 goals, 30 assists) in 20 games after returning from the 2020 IIHF World Junior Championship in the Czech Republic, where he was named the tournaments MVP after scoring 10 points (4 goals, 6 assists) in 5 games to help Canada win the IIHF Championship. After a long wait in his career, the New York Rangers drafted Lafreniere. He has the size as a 6-foot-1,193 pound player, has the skill and the hockey IQ to potentially make an impact next season to help them become a serious Playoff contender and to get the Rangers get back on top.

The Los Angeles Kings were able to grab the second overall pick after failing to make the playoffs for the second consecutive season and they had a chance to potentially get Lafreniere, but they didn’t have a great chance. Instead, the Kings got Quinton Byfield, a centerman for the Sudbury Wolves of Ontario Hockey League (OHL). Byfield who got 82 points (32 goals, 50 assists) in 45 games, is now the highest-selected black player in NHL History, ahead of Evandro Kane who was drafted 4th overall by the Atlanta Thrashers in 2009 and Seth Jones who was drafted 4th overall by the Nashville Predators in 2013. Byfield was tied for 14th in the OHL in points but was tied 5th in points per games at 1.82 points per game and won 52% of face-offs. Byfield has top-end playmaking ability and is an outstanding skater who could do great things for the Kings to help them get back to the Playoffs. The Ottawa Senators were able to claim the third overall pick after finishing 7th in the Atlantic Division and failing to get to the Playoffs for the third consecutive season and were able to draft the 3rd best prospect, Tim Stuetzle, a left winger from the Mannheim Eagles of the Deutsche Eishockey Liga,(German Ice Hockey League in English or the DEL) the top professional league
in Germany. Stuetzle scored 34 points (7 goals, 27 assists) and got 132 shots on goal in 41 games this season for Mannheim. He averages 0.66 assists per game and 0.83 points per game, which are the best by any player under the age of 18 in the history of the DEL. He also had 5 assists and averaged 18:43 of ice time in 5 games for Germany at the 2020 World Junior Ice Hockey Championships. Stuetzle is versatile enough to play center or on the wing and some scouts compare him to Patrick Kane of the Chicago Blackhawks. Plus, he also has experience playing against some very talented players in the DEL, where he was a rookie this season. He has the skill set to potentially step into a significant role for the Senators in the 2020-21 NHL Season.