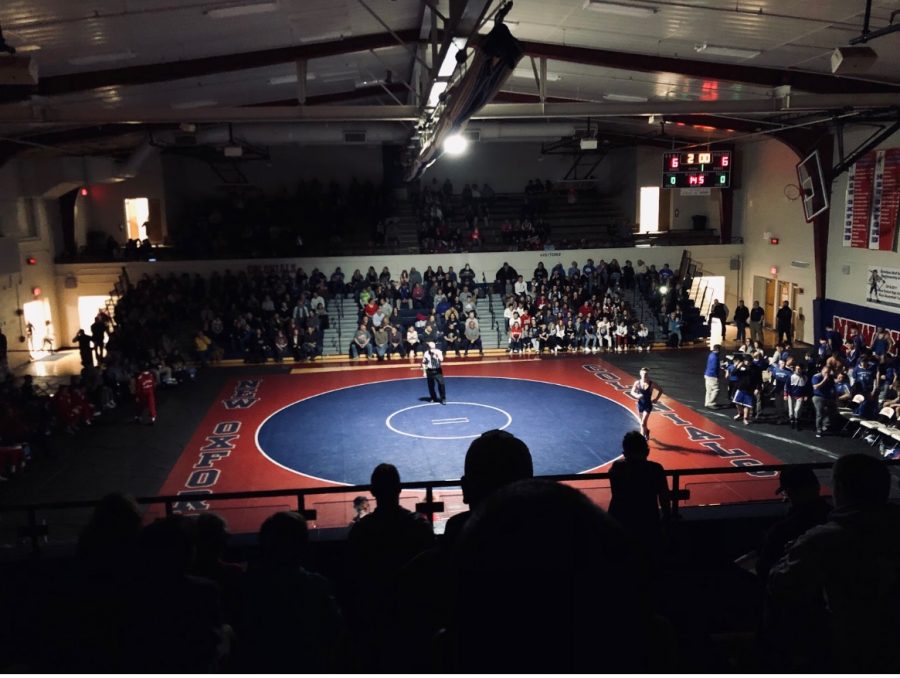 Anthony Hinson, senior, is a wrestler who attends Spring Grove. Anthony had an all around good season and he enjoys being able to help younger kids who look up to him and the team. During the season the team had a lot of motivation and they even won against rival school Southwestern.

Anthony says that a big motivation for him is that he hates to lose. Last year he was one match away from a state medal so, this has been a huge drive for this year and for years to come. But, his biggest accomplishment was having the opportunity to make it to blood round at states.

Many kids look up to Anthony and the team. Anthony shares,“Having kids look up to you is the best feelings in the world. It brings everything you’ve worked for since you were a kid to fruition.  All of the sudden you realize you are the wrestler that you once looked up to when you were a young kid, and now being able to have such a big impact on younger kids is a great feeling.”

Since many wrestlers are seniors this year, many are doubting that the team will be successful however, Hinson “believes that they will surprise others with how well they do”.

Anthony Hinson will be attending the United States Air Force Academy for wrestling after graduation.