Destructive Tornado Strikes Down in Illinois 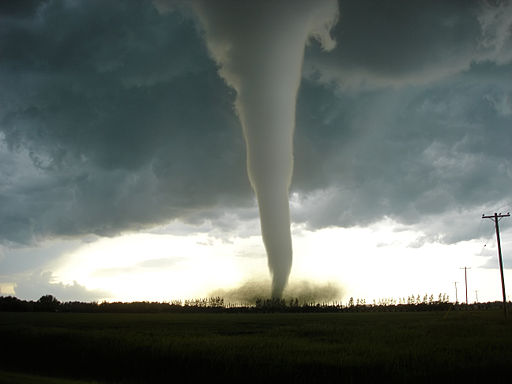 A tornado ripped through the town of Taylorville, Illinois, on Saturday Dec. 1, injuring 25 and damaging over 100 houses and buildings. The tornado struck down within only 25 miles southeast of the states capital, Springfield. Taylorville Assistant Fire Chief Andy Goodall said most of the homes’ roofs in Taylorville were gone, including his own, with the north and west sides of town hardest hit.

The national weather service issued a tornado warning at 4:39 pm, roughly 30-40 minutes before the tornado in Taylorville struck down. At 5:15 pm, they upgraded to a tornado emergency for the town, a rare warning that is issued when a damaging tornado has been confirmed, heading for a populated area. There were also reports of 22 tornadoes that touched down in different areas of southern and central Illinois on Saturday.

The last time the town of Taylorville was struck by a tornado was in April of 2006. The county’s strongest tornado that they’ve faced dating back to 1950 was a F3 tornado in March of 1976. For Illinois, December tornadoes aren’t uncommon, as there has been an average of a tornado every one to two Decembers.

Power lines and trees were scattered all over the city, but no fatalities have been reported from the Saturday tornadoes. Schools superintendent Dr. Gregg Fuerstenau said Taylorville schools were closed Monday, according to Fox News Illinois. Some nearby businesses that had no damage done to them are now acting as shelters for those who no longer have a place to call home.